Return Of The Tyrant EP 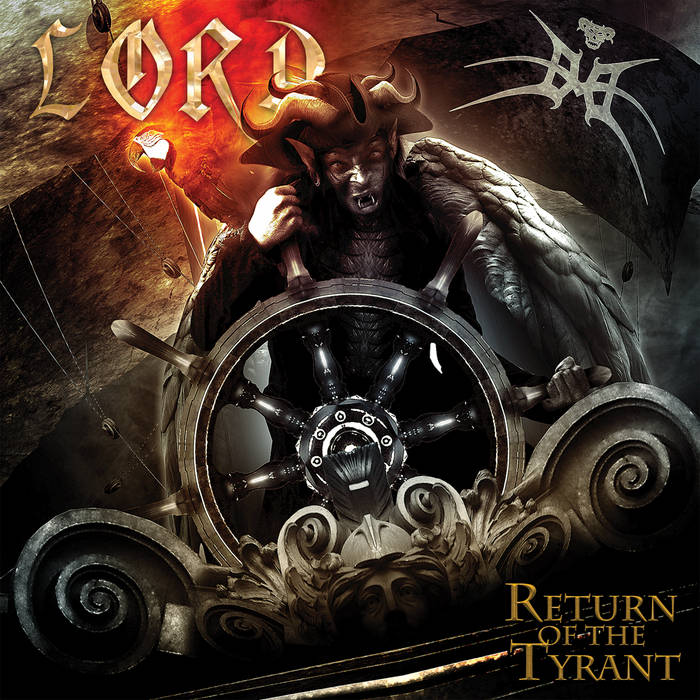 Released in September 2010 in Australia by Dominus Records as a limited edition run (now out of stock), available worldwide via paid Digital Download.

In 2004, Dungeon released the album One Step Beyond which contained the pirate themed epic “Tarranno Del Mar”. That song went on to become a live favourite that LORD still continues to play now.

The idea was to always revisit the tale but the idea was sidelined after Dungeon disbanded so the focus could be put onto LORD being rebuilt as the “new” Dungeon. Finally the idea has seen the light of day: a ten minute long song, fully orchestrated, dozens of guitar tracks, literally hundreds of vocal tracks and the tale continues.

Aside from the title track, this EP contains covers of the classic Symphony X song “Of Sins And Shadows”, massive 80s hit “(I Just) Died In Your Arms” by Cutting Crew, featuring Andy on lead vocals, and six unplugged versions of Dungeon and LORD songs, plus two different bonus remixes of the title track. All up, this EP is actually longer than most albums!

Musicians that appeared on this album: