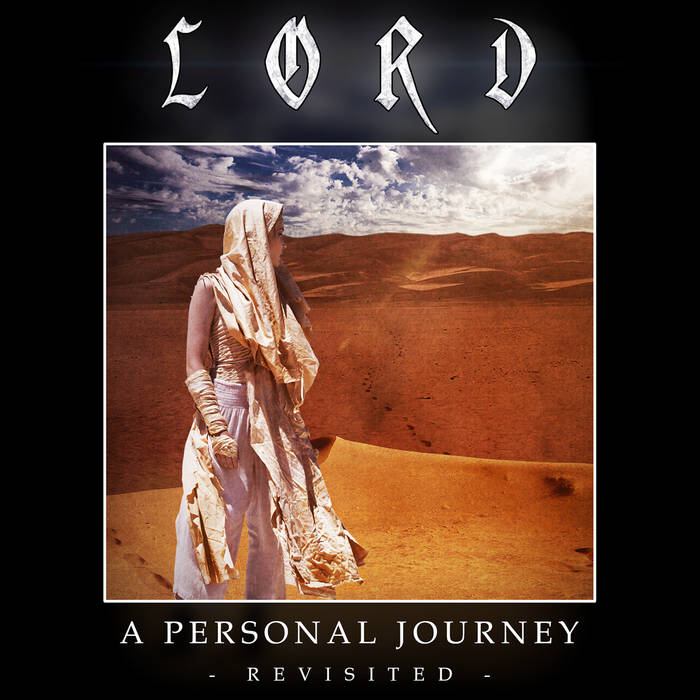 Lee Drage It's great to see this album re-recorded with a full band. The songs sound so much stronger than on the original! :D :) Favorite track: Last Rites.

LORD mainman L.T. explains, "It's been ten years since LORD played our first show under the current name so it seemed like an ideal time to cast an eye back to where it all began, and to bring the one remaining 'demo production' sounding album into line with the rest of our back catalogue.

"A Personal Journey was recorded on literally zero budget, in a spare bedroom, on ancient hardware, into a computer less powerful than a current entry-level smartphone, and some parts of it were even transferred from a cassette into that computer. Although it eventually had professional mastering done to it, the album you hear today is still, more or less, that original demo. It's both a blessing and a shame that this album is largely considered a little known collector's item, despite boasting some really strong material."

He continues, "In 2014 we revisited the early years of the band with The Dungeon Era box set, which featured all of the original Dungeon studio albums re-recorded by the current line-up, with modern production techniques and available in better-than-CD-quality HD audio. The positive response from that release set the wheels in motion to give A Personal Journey the same treatment, and finally give that album the production that wasn't possible when it was originally conceived.

"We literally thought outside the box when doing this release. We chose not to do a CD pressing. Instead, we've made a collectible 'Access All Area pass' style USB key with the songs pre-ripped to MP3 and 24 bit HD FLAC. Rather than a small CD booklet, we chose to do an A5 sized saddle-stitched card-covered booklet, with larger artwork, lyrics, liner notes and lengthy retrospective of the last ten years. We think that gives people the best of all worlds with the convenience of digital files, the sound quality of an exact reproduction of the studio masters, a collectible physical product and larger than CD booklet sized artwork."

Recorded and Mastered by LT at SLS Studios, Wollongong

Booklet design by.... OK, look - this is getting silly. Unless it says otherwise, just assume it’s LT’s credit / fault and we’ll save a lot of typing.

Original harpsichord performance on The Traveller by Gustav Hoffmann